Ink Knows No Borders: Poems of the Immigrant and Refugee Experience

I am so happy to have a poem in this beautiful anthology, Ink Knows No Borders: Poems of the Immigrant and Refugee Experience. I’m reading at the DC launch March 15! More info

The collection features 65 poems and a foreword by poet Javier Zamora. Zamora crossed the U.S.-Mexican border unaccompanied at the age of nine.

Ink Knows No Borders is a timely anthology about an ancient experience: immigration, homesickness, identity and social exclusion. The anthology is “a hopeful, beautiful, … 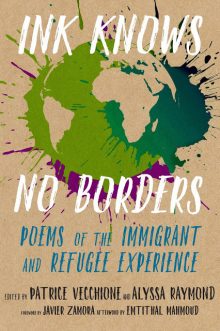 If you’re interested (I hope so!) mark you calendar. Submissions are open through January 18, 2019 (postmark deadline).

Winners in both poetry and short story categories receive a Westmoreland Award: $200 plus an invitation to read their works onstage. Cash prizes and stage invitations go to 1st, 2nd and 3rd place poems and stories too.

Here’s more information & a link to download an entry form.

It’s the new year, so start sending out your poems! 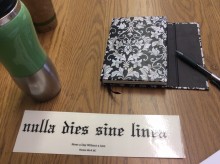 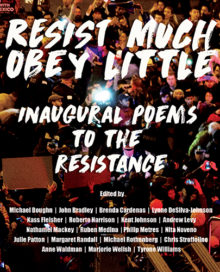 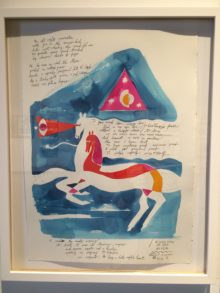 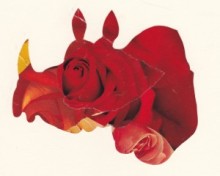 Event: In the Company of Poets Laureate

On October 11, I will be “In the Company of Laureates,” hosted by the Poetry Society of Virginia and Write by the Rails, the Prince William Chapter of the Virginia Writers Club.

I’ll be there to offer poems and ideas as part of a panel on “Inspiration and Experimentation” with Virginia poets laureate emeritae, Carolyn Kreiter-Fronda and Sophia Starnes; and Prince William Poet Laureate Zan Hailey.

In the Company of Laureates takes place from 1 p.m. – 5 p.m. on October 11 at the Hylton Performing Arts Center on George Mason University’s Science and Technology Campus in Manassas.

Poets and poetry enthusiasts are invited to join us for workshops, panel discussions, open mics and more. There will be programs and activities for teens throughout the event. 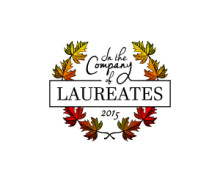 I am excited to be reading new poems to visitors on The Green again!  I last read inside The Old State House in 2003, thrilled to have worked with Fleda Brown and 11 other poets whom I met at the 2002 Cape Henlopen Poets Retreat, the inaugural 4-day getaway that was Fleda Brown’s first (and favorite, she says) Division of the Arts writers project. She was the state’s poet laureate from 2001 to 2007.  As part of the Dover Day celebration that year, … 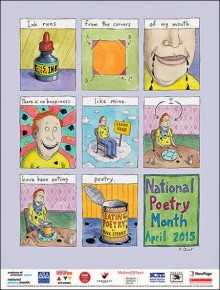 Cathy Carter invited me to read a poem from my book and chat about National Poetry Month last week, on a spot called “Arts Playlist” that aired last weekend. The longer version of the interview is archived here for online listening.

Carter is a station host and manager at WDDE 91.1, Delaware’s NPR news and public media station in Dover. I read “History Textbook, America” to fulfill her request for a short poem.

“History Textbook, America” is a poem about my father, or more accurately, about knowing little about my father, Jesus Maglanoc Balingit. Next to nothing. It’s a poem about how huge the world grows when you open yourself to Why’s paths, to wandering and wondering. As an writer I enjoy, finally, the mystery of my father. I can commemorate his mystery rather than mourn not knowing him well. In poetry, I can accept having little to go on …

“Love the written word and wondering what there is to do in Delaware? The DE Literary Events Calendar, twitter feed and FB page are intended to build community in DE.”

I must give a hearty shout-out to Tery Aine Griffin for creating and maintaining the new Delaware Literary Events calendar. Tery is an active member of the Delamarva writing community and two-time fiction fellow in the Cape Henlopen Poets & Writers’ Retreat sponsored by the Delaware Division of the Arts. You can browse her bio below.

The biennial Cape Henlopen Retreat gives Delaware writers like Tery a four-day weekend to  focus, write and deepen our practice. It gives our small, dare I say interdependent community of poets and writers direction and strength when several of us from up and down the peninsula can get a few days together to talk about what supports our pursuit of the craft.

Join me, editors Joyce Brinkman and Carolyn Kreiter-Foronda, special keynote reader Coleman Barks and other contributors to this anthology for an exciting reading and discussion on the spirit of urban places.

The launch of Urban Voices will be part of The Spirit and Place Festival held in and around the great city of Indianapolis November 7–16, 2014.

Inspired by U. S. major cities including Washington D.C., the poems in Urban Voices capture the essence of 21st century urban America. The anthology features former US poets laureate Billy Collins and Ted Kooser, as well as many current and former state poets and other celebrated poets from across the country.

When and Where: A Poetic Journey through Urban America, with keynote reader Coleman Barks 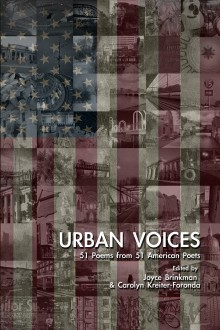 The Brandywine Hundred Writers Conference will be held on Saturday September 13th from 10:00am to 4:00pm at the Brandywine Library in Wilmington, Delaware. The conference offers six workshops on the craft and business of writing.

Join us for a day of workshops and discussions for writers of all levels and genres with activities designed to encourage and inspire you to write. Get down on paper that story, that memory, that vision you want to share. Lunch will be provided. While attendance is free, registration is required. This day of workshops and discussion for writers is spearheaded by Jamie J. Brunson, coordinator of The Wright Touch writers’ group which meets monthly at the library. Brunson is also executive director of First Person Arts in Philadelphia. This conference is generously supported by the Brandywine Library staff, New Castle County Libraries, the Delaware Division of the Arts and the Friends of the Brandywine …