More Challenges for the Delusional 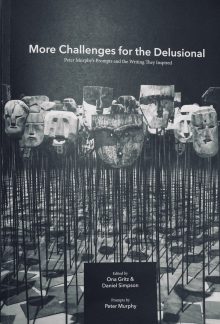 Peter Murphy’s Prompts and the Writing They Inspired

An anthology of twenty-six writing prompts by Peter Murphy and forty poems by poets who led and attended poetry workshops at Murphy’s annual Winter Poetry and Prose Getaway held every January at the Jersey shore and going into its 26th year. Anthology includes four short stories and eight nonfiction works by writers who attended The Getaway or its satellite retreats in New Hampshire, Scotland, Spain and Wales. This second volume follows Murphy’s Challenges for the Delusional (2012), now in its second printing.