“If Delaware has anything to say about it, literature is flourishing.

The stories, poems, and essays collected in On the Mason-Dixon Line reflect the tensions of residing in (or hailing from) this ‘next to smallest of states,’ where a southern drawl is as ubiquitous as the faster-paced consonants of Philadelphia. With one foot in the South, the other in the North, each of these forty-five writers presents a distinct voice, blending the place names of the past with the emotional geographies of the present. Under the careful orchestration of astute editors, the resulting mix–urban and rural, comic and tragic, informative and imaginative–rises to the universal.”  —Judith Kitchen, essayist, novelist, editor, critic 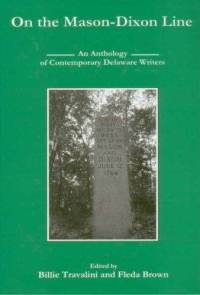